The only academic unit of its kind in Canada, Huron's Centre for Global Studies provides fundamentally interdisciplinary and critically-oriented learning experience through which students engage the wold that they live.  All academic programs offered by the Centre for Global Studies encourage students to confront and take up their responsibilities with respect to global inequalities and the conditions of globalization that bring them into relations with persons and communities on global scales.

Our courses challenge students to become excellent readers, researchers, writers, and thinkers, preparing them for graduate studies across the social sciences and humanities, studies in law, business, public administration, and social advocacy, and responsible public actions throughout their lives.

Rigorous interdisciplinary study in the Centre for Global Studies prepares students for graduate and professional study, and for careers defined by addressing complex challenges. Our graduates embark on post-grad journeys that require critical thinking, engaging respectfully with others, and strong communications skills. We are honoured to share some of their stories here.

The educational aim of the Centre for Global Studies is to develop recognition of how each of us is caught up and active within networks of complex relations and interrelations with one another, on social, material, cultural, legal, political, historical, and conceptual registers that function on world–wide scales. The Centre for Global Studies provides opportunities to confront the responsibilities that are part of such relations and develop, with one another, appropriate understandings of and actions toward global engagements.

Learn more about the following program offerings in Globalization Studies:

Learn to critically analyze problems of poverty, exploring how the economic disadvantages suffered by some communities develop in relation to the advantages enjoyed by others. Given the interdisciplinary character of Global Development Studies, students are strongly encouraged to situate and analyse global poverty in relation to differences arising across a broad range of economic, social, political, environmental, and cultural factors.
Particular emphasis is placed on aiding students to understand how they themselves may participate in the work to overcome global inequalities, at home and abroad.

Examine the practices and principles of health promotion, environmental factors and health, and health issues in marginalized populations. This collaborative program with Western’s Health Studies department is excellent preparation for careers in humanitarianism and community development.

Gain unique, responsible, and timely approaches to the critical study and support of persons’ and peoples’ rights within a global context, while learning how to resist the study of rights in a contained or determined sense.

Examine how the networks through which people interact are caught within and typically interpreted through specific and often conflicting ways of making sense of the world and one’s place in it. Moreover, students investigate the social and political actions that make these forms of global culture possible.

Global Culture Studies students pursue theoretical and critical analyses into how the people of the world divide themselves in terms of their social and cultural identities; geographical spaces and places; and values and ideals.

The Honors Specialization in Global Gender Studies allows students to examine how processes of globalization, formations of global culture, and practices and problems of global development are organised by and are organising of gendered divisions and identities.  Students investigate how gender is established and experienced, on world-wide scales, in terms of differences, inequalities, privilege, violence, and relations of power.  And they study ways in which current gendered relations between persons, on political, social, cultural, and economic registers, may be thoughtfully interrogated, critically analysed, and constructively challenged.

This program is formed through a unique partnership between Huron’s Centre for Global Studies and Western’s Department of Women’s Studies and Feminist Research, and it is comprised from a set of courses drawn equally from both.  In this program of study, students learn to recognise gender and gendering as a set of problems in the world;  they study theories of gender and approaches to developing a focus on gender in their analyses of human interrelations;  and they develop considerable depth of study into specific problems of gender in contemporary global dynamics.

Students elaborate on this core focus by complicating the study of gender, in the contexts of globalization, global culture, and global development, with interrelated investigations into women’s studies, sexuality, queer studies, feminism, and studies in masculinity.  Students should expect to explore these themes and approaches to research and analysis in terms of such topics as:  global health;  intersections of race, class, and sexuality;  cultural resistance;  poverty;  law and social change;  transnational social movements;  humanitarian interventions;  divisions of labour and capitalism;  human rights politics;  and nationalisms, ethnicities, and family structures.

The modules designed for the program in Global Rights Studies provide students with unique, responsible, and timely approaches to the critical study and support of persons’ and peoples’ rights within a global context.  They are both prepared in recognition of the fact that most universalist principles, laws, and approaches to protect rights, paradoxically and typically, are exclusionary in character.  These proposed modules resist the study of rights in a contained or determined sense, as is the case when conceived in the form of “human rights.”  From this position, these modules offer students opportunities to study how the rights of persons, particularly those of individuals and groups who experience marginalisation or exclusion in rights protection and respect for their rights claims, face contested politics of claiming and asserting autonomy, rights, and self–determination on world–wide bases.  It is a program of study into the inevitable struggle for the right to rights.

Academic programs offered by the Centre for Global Studies are directed and taught by faculty members with richly interdisciplinary academic training who develop and pursue research programs with fundamentally critical orientations.  Learning with Centre for Global Studies Professors, students enjoy strong mentorship in how they may effectively engage the world and gain insights into their social responsibilities on global scales.

Program sessional and per course instructors

Adjunct Faculty Members Appointed to the Centre for Global Studies

MA in Peace and Conflict Studies, University of Manitoba

MA in Peace and Conflict Studies, University of Waterloo

MA in Globalization and International Development

MA in Globalization and International Development, University of Ottawa

MA in Environmental, Resource and Development Economics, The University of Winnipeg

MA in Cultural, Social, and Political Thought, University of Victoria

MA in Cultural, Social, and Political Thought, University of Lethbridge

MA in Social and Political Thought, University of Regina

MA in Gender and Social Justice Studies, University of Alberta

MA in Indigenous Governance, The University of Winnipeg


MDP in Indigenous Development, The University of Winnipeg

MA in Gender and Social Justice Studies, University of Alberta

MA in Women and Gender Studies, University of Lethbridge

MA in Women’s, Gender, and Sexualities Studies, University of Saskatchewan

MA in Women and Gender Studies, University of Toronto

MA in Interdisciplinary Programs, Faculty of Creative and Critical Studies

This course is ideal for students who are:
Students will:

Feminist and Anti-Racist Work from Academy to Community 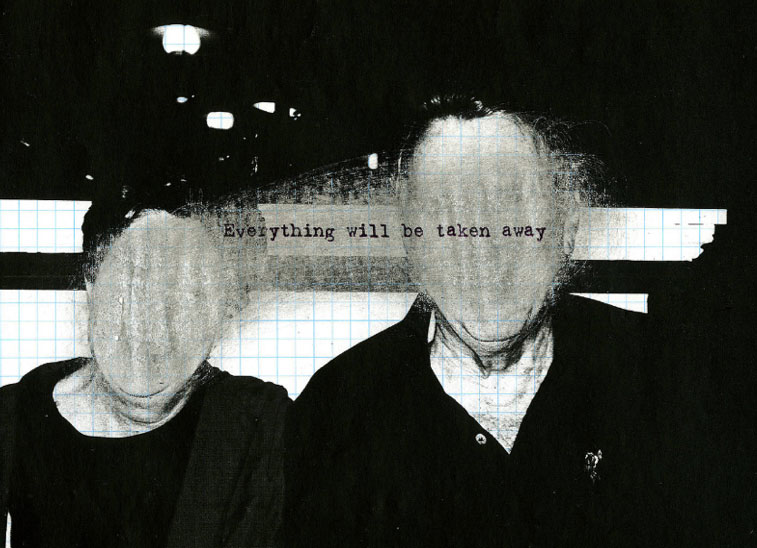 This seminar is a community-engaged learning course offered in relation to the Centre for Global Studies’ MacNaughton project, “Confronting the Difficulties of White Settler Masculinist Patriarchy in the Liberal Arts Academy.”  The course is built around feminist and anti-racist work in the community.

**Enrolment in this course is by permission of the instructor. To apply, you will need to submit a short application. To request the application form or to obtain further information about the course, please contact: Dr. Kate Lawless, klawles@uwo.ca

Confirmed guest speakers include:
Students in this course will:
1

The Centre for Global Studies ensures that all courses that students will require in any of the degree modules offered in our six academic programs can be accessed within every two-year cycle. And students should plan their course selections each year with that in mind.

CGS courses offer many types of interdisciplinary and critically-oriented forms of study into how our lives are situated in the world and how are lives are fundamentally interrelated with the experiences, concerns, and interests of others near and far. Variously, our courses range from engagements with practical problems of global inequalities and development, the study of social demands of globalised labour, exchange, and migration, and the material conditions of living in the world, through to world-wide politics of decoloniality, gender, displacement, agriculture, and the ideologies and languages through which we represent the world to ourselves. Through courses engaged with these problems and themes, as well as core courses focused on rigorous studies into research ethics, collaborative, participatory, and anti-oppressive methodologies and critical theory, students will be substantially prepared for graduate studies across the social sciences and humanities and professional engagements via law, business, public administration, and social advocacy.

This is the anticipated course list and subject to change.

This is the anticipated course list and subject to change.

The 1000-level courses offered in the Centre for Global Studies each provide rich and engaging introductions to relations, inequalities, systems, identities, and divisions around which the experiences of global life are currently formed and organized. They also introduce to students intellectual and methodological problems and issues that one must face in doing the interdisciplinary scholarly work of Global Studies.

Each stream of study is grounded in a 2000–level course in which students will engage specific global problems, issues, themes, and relations that will orient and prepare them well for advanced study in that particular stream.  Each of these foundation courses invites students to study ways in which key concerns in these respective streams of study are formed and how these formations challenge us as scholars.  Strong emphasis is placed in these courses on developing analytical skills and knowledge crucial to success within the specific stream of study in which they are required.

These courses ensure that students are sufficiently versed in skills, problems, and ideas related to research and analysis in the respective streams of study so that they are well prepared for advanced and graduate study and vocations related to their specific fields of interest.

Below are a list of resources and organizations for CGS students interested in opportunities to complement their global studies courses and interests.

Graduates of the Centre for Global Studies are well prepared for rewarding careers and community engagement. Alumni have gone on to a wide range of pursuits, from development work abroad, to grassroots not-for-profits, to entrepreneurship. Our grads go on to things such as:

Where will a degree in Global Studies take you?
1 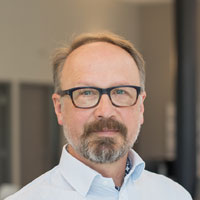 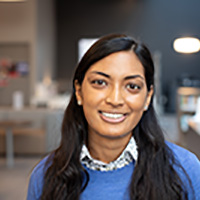