Research partnership explores the past to focus on the future

In November 2018, Christ Church in Chatham partnered with researchers from Huron University College on a joint project commemorating 200 years of the Anglican church’s presence in the Chatham-Kent area. The project, “Finding Christ Church: Social Justice in history, memory, and contemporary practice, 1819-2019,” was led by Drs. Nina Reid-Maroney, Gary Badcock, and Amy Bell, and was made possible through a federal grant from the Social Science and Humanities Research Council (SSHRC).

This project is focused on learning how Christ Church, one of the oldest Anglican churches between Niagara-on-the-Lake and the Pacific Ocean, was involved in histories of civil rights activism and racial segregation, contributing to the conception of Ontario’s Human Rights Legislation. A feature in the Chatham Daily News described the project as focusing on the 19th-century history of the church, when “the local Anglican church used its public platform and resources to support the movement to end slavery in the United States and to speak out for racial equality in partnership with the black abolitionists and freedom seekers.” Christ Church Rector, Rev. John Maroney, described the project as “a chance to look at the past, while focusing on the future.” 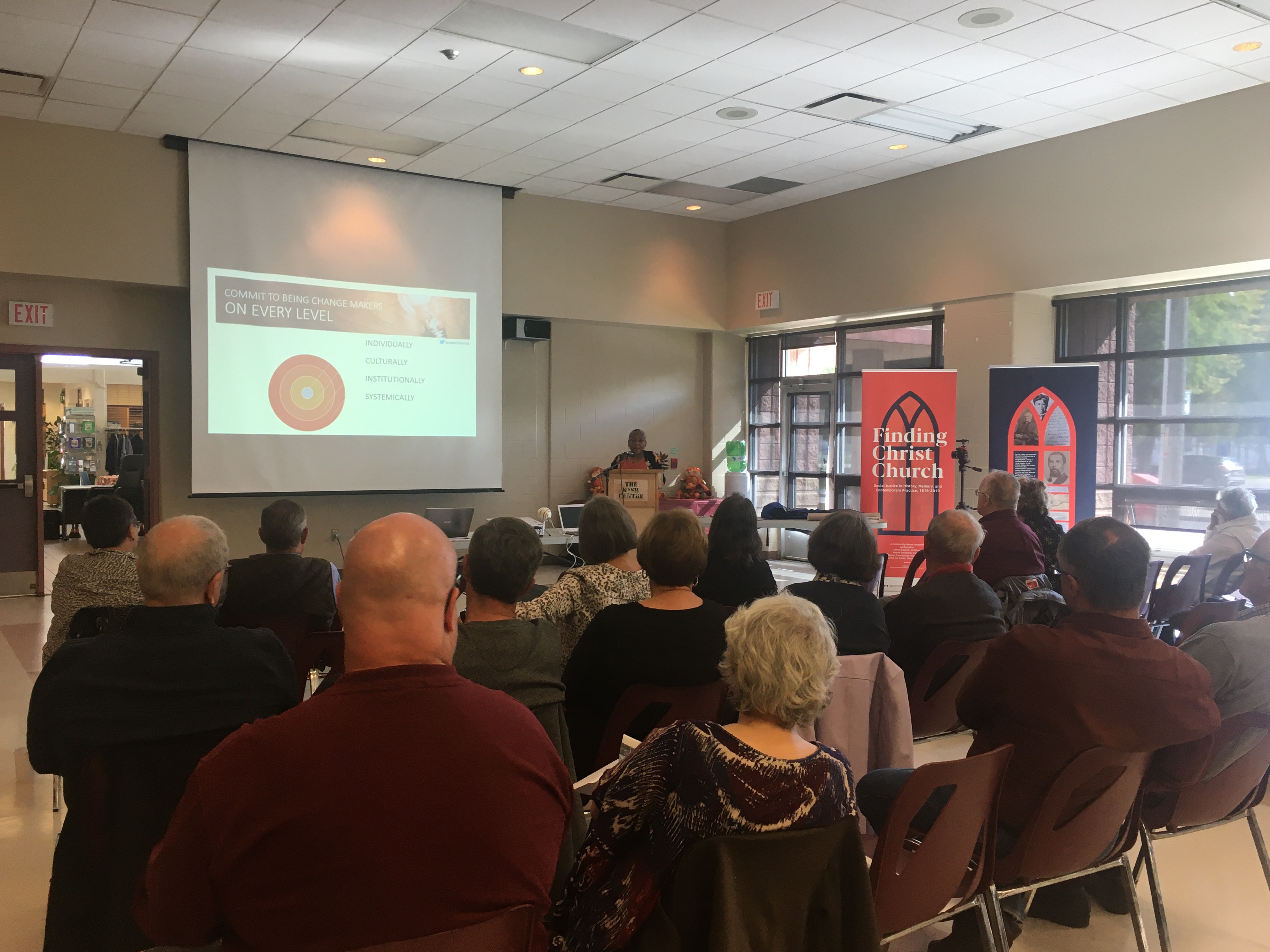 Huron undergraduates participating in the project were able to learn more about Christ Church’s history and civil rights activism through workshops and a living library event in Chatham. The living library, depicted by Dr. Nina Reid-Maroney as a way of “connecting to a living memory” allowed students to participate in one-on-one conversations with members of Christ Church in order to learn more about them and their past, and to hear their stories. Researchers also conducted interviews with community and church members, and completed archival work exploring the history of the church and civil rights engagement in the Chatham area. Differing accounts of the past emerged from this work, revealing the complexity of institutional and individual memories. For some, segregation was regarded as a problem that happened elsewhere, outside of Chatham; for others, anti-black racism was remembered as a significant part of Chatham’s 20th-century past.

At the final community event for the project, Senator Wanda Thomas Bernard presented a keynote address acknowledging the activist roots of Christ Church, and encouraging members of the congregation and wider community to return to these roots rather than becoming bystanders to current forms of racism and other forms of exclusion. She recognized the role of the project in helping to make visible the importance of the church as a place of constructive dialogue and conversation, and providing an example of how finding the courage to look back allows us to look forward to the future.

This joint research project demonstrates the relevance and importance of community-engaged research in our communities, workplaces, and institutions. The “Finding Christ Church” research project serves as an example of how research can lead to social change, support advocacy and social justice work within local communities.